Guess what… it’s time for two more UPDATES again! Yes – not only one but TWO damn updates for ya people out there:

> First I’d like to present a brand new issue of long running AQUELARRE ZINE from Peru! It’s number 16 already and features interviews with some quite exotic bands such as Pheretrum, Demonomancer, Noisecore, Devotion, Evocation, Necrovomit, Temptum, Witchnight and a couple more plus a bunch of reviews, short band introductions as well as a special on the hungarian fanzine scene (written by David of Posthuman Zine!). It’s got 60 A4 sized pages in black & white, is written in english and can be obtained for only 6,50 Euro in Germany or 8,00 Euro worldwide including postage and handling. Send your orders to: >>> take a look at the contact page here

Distributors are more than welcome to get in touch – as always!!!

> And I finally finished another update of the DISTRO LIST including a good bunch of new fanzine titles like: Pariah Child, Offense, Forgotten Path, Corrosive Altars, Coffeetimes, Abominatio Desolationis, Bestial Desecration or Schreikrampf! I even found a few titles for the second hand section and even updated the information on ALL the spanish 2nd hand zines including featured bands and what not! You also like FREE stuff? A friend donated a huge pile of old Sin Is There, Eternity and German Underground Crossection issues and you can pick as many as you like – thanks Maik for your generous gift!
For those who are into comics: I picked up a few old but well preserved copies of Germany’s U-Comix Magazine featuring plenty of hilarious and unusual comic artists.

Last but not least I found and traded a little bit of music too (you know me, I just can’t resist) like the excellently remastered CD version of Lasse Marhaug’s “White Inferno” that will make your neighbors scream out in agony (HA!), some sweet leftover copies of Impetigo’s “Buio Omega” picture disc EP, excellent & vibrating represses of Grief‘s “Depression” and “Dismal” albums plus stunning records of british psyched out doom heroes Headless Kross and stoner rock worshippers Bong! It’s always worth a shot, don’t you think?

You can also view the entire list online now by clicking the “DISTRO” button right here on my blog! I will try to update the list on a regular base so you can keep yourself informed anytime you like. 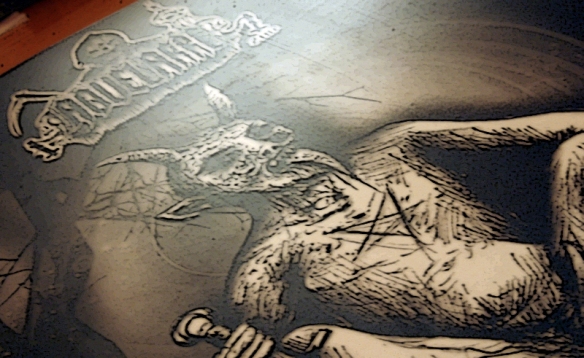 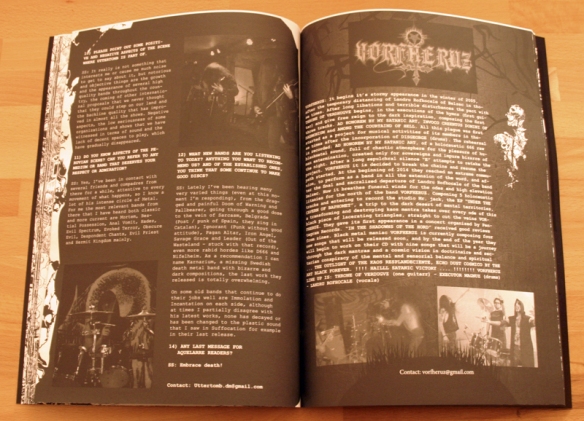 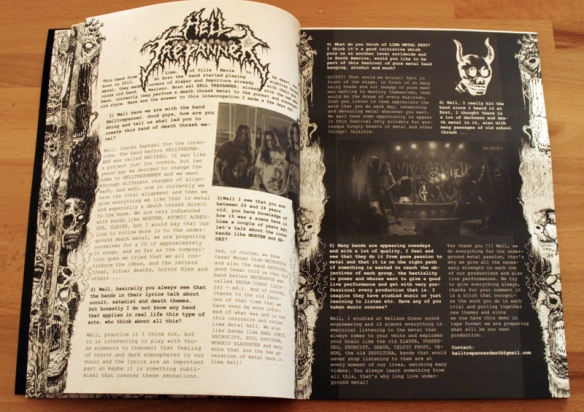 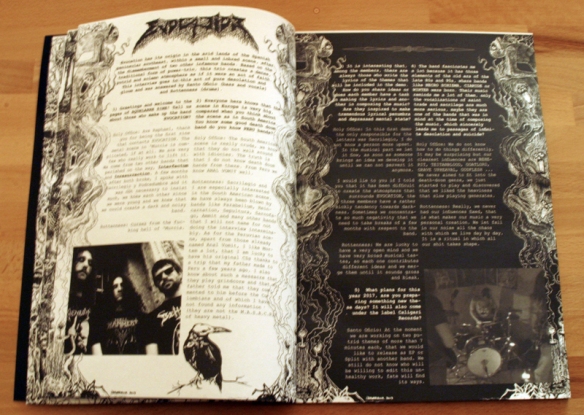 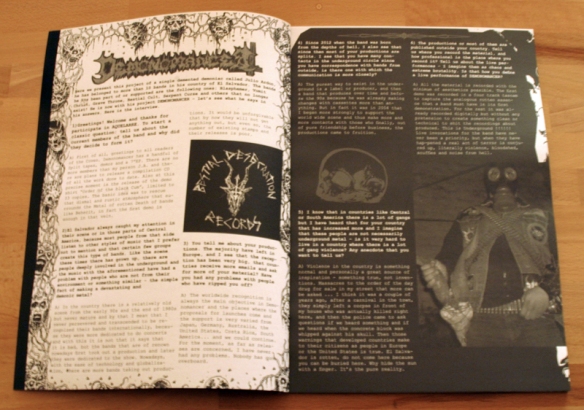